Kareem Salem holds a Master’s degree in International Relations from the University of New South Wales. He is bilingual in English and French and has written for a number of international bodies – notably the Community of Global Leaders and Le Taurillon. His main interests lie in transatlantic relations, the European Union’s Neighbourhood Policy and strategic tensions in the Indo-Pacific region. Kareem firmly believes in multilateralism and considers it an important mechanism to support international peace and cooperation between nations. View all posts by Kareem Salem 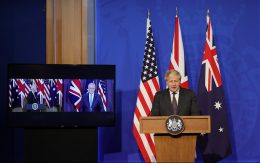 Australia has just become part of something momentous in the Indo-Pacific: a maritime super-region at the epicentre of strategic competition between the United States and China. The new tripartite security grouping between Australia, the UK and the US, called AUKUS, deepens the long-standing relationship between three of the world's most multicultural democracies. While the creation of the newly-formed AUKUS is a significant development in the geopolitical environment of the Indo-Pacific, adding more power will be vital in building a balance against China’s power. 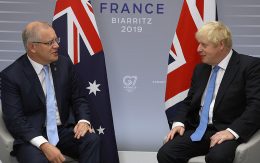 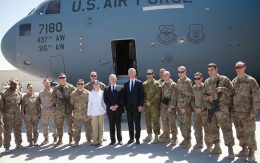 By pulling out of Afghanistan, Joe Biden has put an end to 20 years of U.S. troop involvement in Afghanistan and thus to Washington's "forever war" in the mountainous, landlocked country. This strategic decision leaves the democratically elected government in Kabul struggling to hold on to power. The withdrawal of US and NATO troops is therefore likely to fuel an assortment of security and geostrategic consequences contrary to Euro-Atlantic interests.
Found 5 Results  |   Page 1 of 2