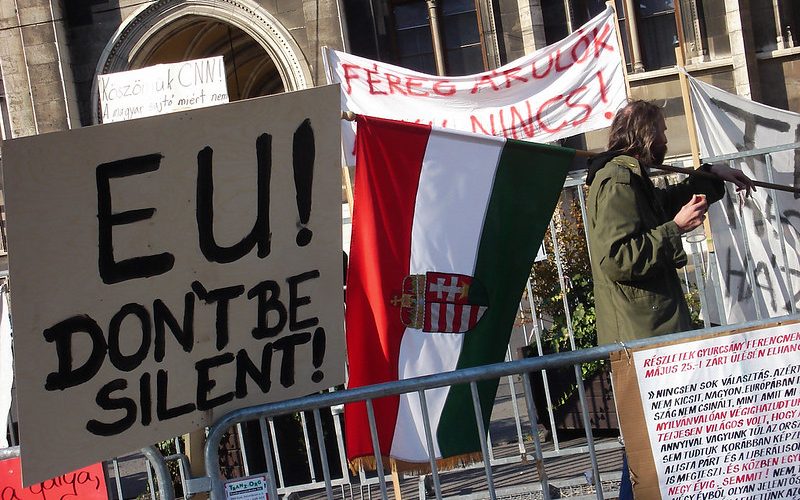 Corruption is a widespread problem in Hungary. In Transparency International’s (TI) annual Corruption Perception Index (CPI) of 2019, the country was ranked place 70 out of 180 and received a score of 44 from 1001. As compared to 2018, the country’s resistance to corruption worsened by 2 points. While the country is globally considered a moderate corrupt country, it is among the most corrupt among EU member states, taking second place together with Romania, before Bulgaria. Also, among the four Visegrád countries (V4), the alliance between Slovakia, Czech Republic, Hungary and Poland within the EU, Hungary takes the last place, hence being the most corrupt.

From a political perspective, Hungary is best described as a hybrid system between democracy and dictatorship. Yet, from an economic point of view, it is best denoted as crony state capitalism. As stated by TI, family members, friends and cronies of political actors and people in or close to the government have increased chances of landing contracts and positions. This reality is also reflected in the distribution of EU funds and public procurement.

Generally, one may say that among the key areas where corruption in Hungary occurs are the allocation of EU funds and public procurement since the public procurement market in Hungary is heavily dependent on EU money. The EU budget of 2014-2020 allocated roughly €28 billion to Hungary, of which, some worry, the majority ended up in the hands of government loyalists and prime minister Orbán’s friends and family – a concern which is not without any reason.

The prime minister’s office has the luxury to decide over the disbursement of the funds freely. As elaborated in a TI report, Hungarian state corruption primarily consists of redistributing economic resources by various means, such as creating a new elite and awarding and privileging actors close to the government.

Since the Fidesz party’s and prime minister Orbán’s takeover of power, the companies that belong to family members and friends around Orbán have managed to win most contracts and thereby accumulated astonishing wealth. An interesting example of this is Orbán’s childhood friend and ally, Lőrinc Mészáros, whose wealth has tripled over the years. He became one of the richest men in Hungary since the Fidesz party governs the country, owning over 200 companies and receiving more than 80% of his companies’ profits from EU funds. TI similarly expressed concern that state contracts are increasingly handed to a few selected individuals – one of which is also the aforementioned Lőrinc Mészáros.

Much of the EU money that goes to Hungary in from of agriculture subsidies has also been largely misappropriated, a New York Times investigation found. Orbán regularly uses EU subsidies as a patronage system to enrich friends and family, protect political interests while punishing critics and rivals. Generally, at the core of the EU subsidy program for farmers is that farmers get paid based on how many acres they harvest. Thus, who controls the most land receives the most money. However, due to the legacy of communism, most of the land in Hungary is still state-owned.

The government gave valuable state land to Orbán allies, who now control the land, making them eligible to receive millions of Euros in EU funds. In short, oligarchs and political allies of Fidesz who received land through deals with the government are directly financed by the EU and its farm program. This program is the biggest item in the EU’s central budget and makes up around 40% of the EU’s expenditures.

Die Zeit has uncovered another prominent instance where EU funds have been misused. According to their investigation, in the small town Tyukod, eleven observation towers have been built within only a few kilometres, fully funded through EU funds. For the construction, which is made out of mere wood, the EU paid €80.000 each – in total €880.000 for all eleven towers – which are by far not worth the money. The Hungarian Ministry of agriculture applied for the funding, which the EU granted for “facilities for the commonweal in Hungary’s forests” – even though the next forest is kilometres away. This is, therefore, yet another example of how the Hungarian government and government institutions received a lot of EU funding for questionable projects, which would, in reality, cost a lot less – one can only wonder where the rest of the money went.

How to lower the corruption risk of EU Funds

While the reform of particular policy areas is essential to curb corruption in Hungary, it is highly doubtable that this will happen as long as the Fidesz is the governing party and has a two-thirds majority in the parliament. However, one major national reform to reduce cronyism would be the introduction of the requirement to have an open competition – to ensure that everyone has a fair chance when applying for public tenders and that not only companies and organisations close to Fidesz “win” these. Moreover, independent institutions should overwatch the allocation of funds to ensure that these go to organisations based on their competence to execute a specific project – and not based on their sympathy for the Fidesz party.

A significant source of corruption in Hungary is the misappropriation of EU funds, and therefore, they should be subject to greater scrutiny. The oversight of the use of EU Funds is generally a task of the member states. The responsible authorities in the member states are ultimately also responsible for prosecuting fraud and corruption. Yet, given that the Fidesz government installed allies and sympathisers in all branches of government and other institutions, there is little doubt that the authorities responsible for overseeing the use of EU funds in Hungary are likewise staffed with Orbán allies. Hence, the agency that could hold the Hungarian government to account for the misappropriation of EU money and corruption is unlikely to do so. 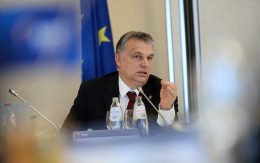 Hungary – On the Brink of Democracy

Brief Analysis By Gabriela Greilinger on June 16, 2020 | Reading time 8 MIN
Since Fidesz's electoral victory in 2010, the Hungarian political and social landscape has been subject to numerous undemocratic reforms, transforming the state into a "hybrid regime". Restricted media freedom, the backlash against NGOs and civil soc ...

Official and independent EU monitoring bodies such as the Anti-Fraud agency, OLAF, and the European Court of Auditors could theoretically be included in the process. However, due to the vast number of EU funded projects, they are incapable of monitoring every single one of them. For example: While they conduct around 300 probes each year across the EU, meaning they monitor a double-digit number of projects in Hungary per year, the number of EU-financed projects per year in Hungary alone is way higher. In short, OLAF simply lacks the capacity to probe each fully or partially EU funded project.

Hence, other independent organisations, agencies or institutions need to step in and take on this responsibility. These should be fully focused on monitoring EU projects and uncovering irregularities. In case a thorough investigation is launched that shows that EU money has been misappropriated, countries should be obliged to repay the sum.

The European Public Prosecutor’s Office (EPPO), which was supposed to be launched in 2020, is “an independent Union body competent to fight crimes against the Union budget” since other agencies such as OLAF lack the necessary resources. So far, there are 22 participating EU countries. Of course, Hungary is not one of them. While this is a good initiative to curb corruption with regard to EU Funds, participation should be mandatory for EU member states.

In addition, EU funds handed to countries should automatically be accompanied by some form of conditionality. For example, based on anti-corruption efforts and programs in place, and the adherence to good governance principles, the rule of law and democratic standards. In case misappropriation of EU funds has been revealed, some form of sanctions should be introduced, and the EU money be paid back.

Other initiatives such as TI’s “Integrity Pacts” actively work to reduce corruption in public procurement. Further, they are trying to explore the potential of civic monitoring in order to promote more transparent and accountable use of EU funds by bringing together government agencies, the private sector and civil society in eleven EU countries. The initiative presents a noble approach to tackle the problem of corruption and should be supported and promoted by the EU.

Lastly, also civil society and grassroots organisations should be effectively included in all anti-corruption efforts. International cooperation – specifically, cooperation among EU countries – as well as the establishment of formats where anti-corruption reforms can be supported, progress be tracked, and measures are reviewed, are likewise essential. 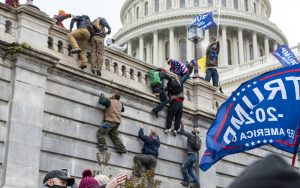 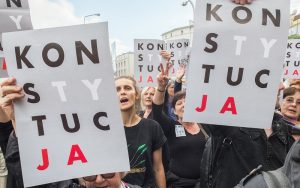 The contemporary political narrative is loud, filled with politicians fighting over wealth and power. This leaves little space for issues that are relevant to Polish citizens, such as economic security, freedom of speech and social stability. So what is really going on in Poland, an entity defined not by a group of megalomaniac politicians, but by the inhabitants, which make it all work? 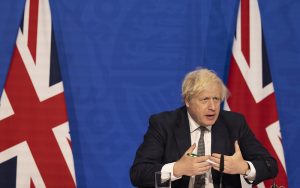 When the UK left the EU, the British public was promised a series of new trade deals, including with Britain's most important trading partner: the United States of America. Yet, there are numerous barriers preventing a smooth negotiation, among them, the status of Northern Ireland. The US is committed to protecting the Good Friday Agreement and President Biden takes a personal interest in Ireland, but the UK is threatening to violate the agreement due to issues with the Northern Ireland protocol. Could Ireland threaten the UK's hopes for a trade deal with the US, and if so, how? 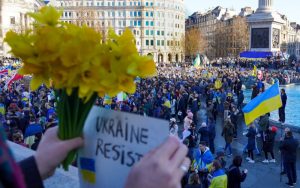